Why is flossing so important when I have braces? 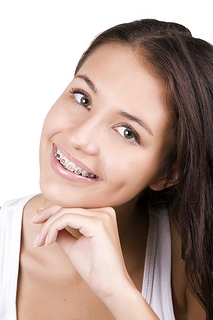 You've made an investment on spending money on getting braces, so why not keep your teeth in good health while undergoing orthodontic treatment?  Dr. Yan Razdolsky and our team at Forever Smiles will tell you it is just as important to develop a regular hygiene routine while you're wearing braces as you did before proceeding with treatment.

Flossing is essential to the health of your teeth and gums when you're wearing braces. Because braces may hold food, sugars and liquids upon eating, it is very important to keep on top of your brushing and flossing, as well as visiting our office for regular adjustments.

While we know it's tough enough to get kids to floss daily without braces, that battle becomes even tougher when braces are involved. Remember that by not flossing, you will become more prone to cavities and gum disease during your treatment.

When flossing, remember to gently massage your gums in between the teeth. You will find that flossing with braces takes extra time, as you will have to weave the floss through each bracket. When flossing, there should be no signs of blood. If you see blood, you are not flossing enough or properly.

Using an electric toothbrush is also a good idea to massage your gums before or after flossing as electric toothbrushes can help remove any harmful bacteria that are lingering in your mouth. And don't forget to add a mouthwash to your routine to break up any bacteria that has formed. A good mouthwash will help keep your teeth and gums in good shape during your treatment.

If you have any questions about flossing or your orthodontic treatment at Forever Smiles please don't hesitate to give us a call or during your next adjustment appointment!

“As the child of a dentist, I have seen firsthand how doctors of my father’s generation looked to science to better develop treatments for their patients,” said Dr. Yan Razdolsky of Forever Smiles Orthodontics. “Even as a young boy I remember seeing the gratitude my father’s patients had for how he could change their lives by improving their oral health, restoring their ability to eat or chew, or simply by just making them feel better when so many other things were weighing them down.”

The Silent Generation (1925-1942), a faction reared with strict childhood discipline which expelled “seen but not heard” famously received their name for being considered conformists. However, unlike this Silent Generation, much made waves in the field of orthodontics with the introduction of “A New X-ray Technique and Its Application to Orthodontia” published in the inaugural issue of Angle Orthodontist in 1931 by B. Holley Broadbent.

In this historic text, Broadbent expounded the virtue of Cephalometric Roentgenography (exterior taken radiographs depicting side view of the head, including face teeth, jaw, and surrounding structures) using a cephalometer to properly position the head. This new technology benefited orthodontics through cephalometric tracing and evaluation and resulted in a boon in research on craniofacial form and development. Although today’s 3D imaging scanners are vastly improved over their early cephalometric ancestors, much of the orthodontic diagnosis and treatment planning utilized by Dr. Yan and Dr. Liz would not be possible had it not been for these early advancements.

“The introduction of cephalometric analysis to orthodontics was a game changer,” said Dr. Yan. “Finally, we could understand the skeletal relationships of teeth to the human skull and formulate treatment! The development of this technology of the time is astonishing and has had such a profound impact on nearly everything and every tool we use in orthodontics today,” he added.

Most of us are familiar with how the Boomer Generation (1943-1960) was named for the spike in birth rates after World War II where around 3.4 million babies were born in 1946 alone. But like this great impetus, 1940-1950 saw the greatest growth in research activity including outstanding contributions to craniometry, dentofacial complex using x-ray. This growth set the standard for all future research in child developmental growth having a lasting and positive effect on the field of Orthodontics. In the latter part of this generation’s development, socioeconomic factors allowed for substantial growth of the profession as orthodontic care became more widely recognized and first introduced as a treatment benefit in some health care plans. This alone set the stage for massive growth in the orthodontic profession for the next generation.

“My father’s generation understood the value of scientific research to the development of treatment,” said Dr. Yan. “It invigorates me and is something that I hope I passed down to all my children who have also followed me into the dental profession. And now with Liz here at Forever Smiles, she and I are eager to explore and study the next wave of orthodontic advancements for our patients.”

Join us next month as we move through the greatest modern-day achievements in orthodontics brought to us by generations X and Y and introduces us to our favorite orthodontists of these eras, Dr. Yan and Dr. Liz. 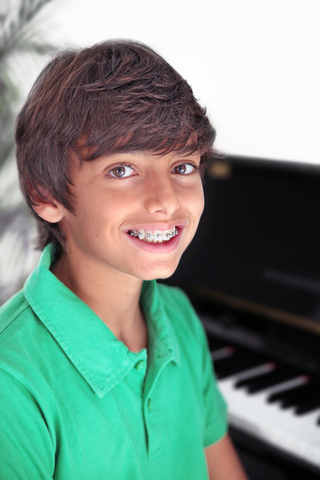 How better to spend the fall months than inside by the fireplace with a warm cup of cider and a book in hand? Dr. Yan Razdolsky and our team at Forever Smiles encourage you to warm up your mind this fall season with a few great books. Sure it may be easy to put off reading when balancing a hectic schedule, but reading is vital to brain development. Besides, reading is always a blast!

This week, we thought we’d ask what you or your child are reading this fall. Do you have any suggestions for must-read books this year? Out of ideas for great fall reads? Ask us for suggestions, and we would be happy to provide a few. You may also ask a local librarian here in Forever Smiles Team at our Buffalo Grove for some ideas.

Happy reading! Be sure to share with us your fall picks or your all-time favorites below or on our Facebook page! 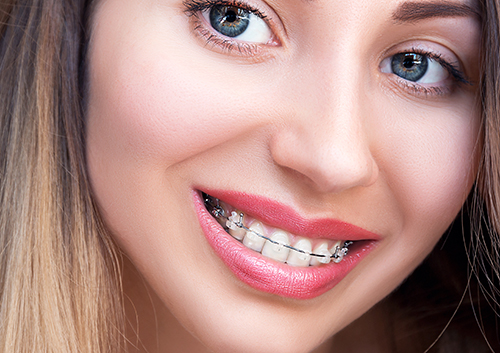 Congratulations! You have made the decision to get orthodontic treatment with our Forever Smiles Team at our Buffalo Grove office. Now it’s time to choose among your various appliance options. Traditional metal brackets and wires, lingual braces, a series of aligners—they all have positives to recommend them. And for some people, ceramic braces are the clear favorite.

Ceramic braces work like regular metal braces. Brackets are bonded to the front of each tooth, and rubber bands surrounding the brackets hold the arch wire that gradually moves the teeth into alignment.

Ceramic braces, however, use brackets made of clear or tooth-colored ceramic or porcelain which blend beautifully with the color of your tooth. The elastic ligatures, or rubber bands, can be chosen to match the brackets or your enamel. There are self-ligating ceramic brackets which don’t use bands at all. Technology is even working on ways to make the arch wire less visible! The end result is braces that are almost undetectable.

If you want a less obvious appliance for professional or personal reasons, talk to us about ceramic braces. As always, there are other factors to consider before you decide, which we will be happy to discuss with you.

Ceramic braces, because they are so much less visible, are a popular orthodontic option, especially for older teenagers and adults. If you are interested, talk to Dr. Yan Razdolsky about this effective way to straighten your teeth—discreetly. Ceramic might be the clear solution for creating your lasting, beautiful smile.